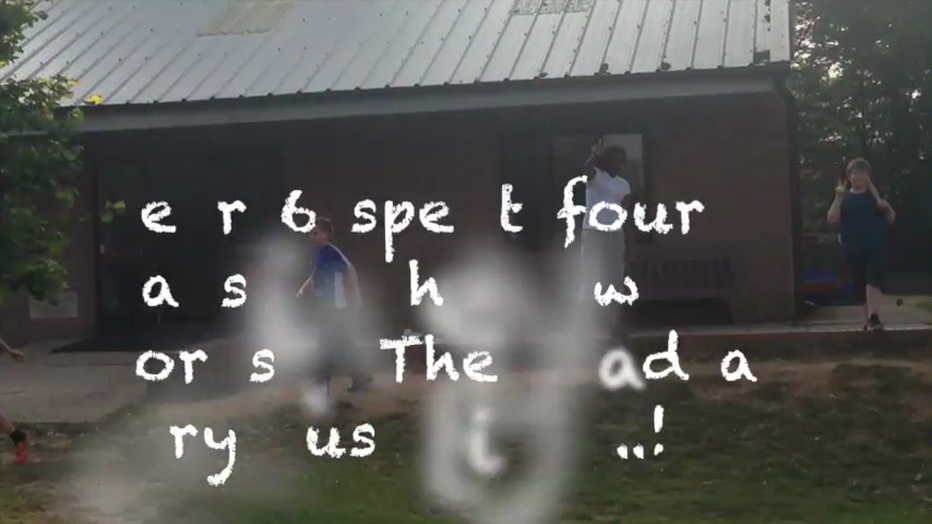 Today was a really long but exciting day!  We left school at 9.20, waving goodbye to our parents, who had come to wave us off.  The traffic was quite good on the way down so we arrived by lunch.  The building is cool and our rooms are huge!  The girls are split between two rooms and all the boys are in one together.

After some time to unpack and sort out our things, we did the picture trail, exploring the site and finding different places on the map.  We had to take interesting pictures when we got to each (which can be seen below).  After a break and some snacks, we then competed against eachother in a sports tournament.

After tea (which was Spag Bol) we went on a walk across the moor - looking at the ponies and all the different plants.  We came back, sat around the campfire and then went to bed; well, some of us did!

This morning we got up and had breakfast; chocolate cereal, toast (with chocolate spread) and also, for a very nice ending, we had sausages, beans and toast.

Once we had washed and tidied up, we left camp to go to do archery. The games we played were awesome!  We then went crate stacking; Jack and Mr Maher won with 13 crates!!

After lunch, which was hot dogs, we went go-karting followed by backwood cooking.  This included lighting small fires and cooking smores and bananas.

This morning we got up early and had another lovely breakfast cooked by Mrs Potts (which even included eggy bread!).  We then had a game of cricket on the field and some time to chill out.  After a quick game of minefield, we had some squash and a rest before heading out for even more activities!

For team building, we had work together to play a few games and complete some challenges.  Firstly, we use ropes and had to try and separate the cuffs in partners.  We then had our whole team through the spiders web without touching it; we had carry eachother and communicate - it was funny trying to carry Serban because he kept on wriggling!!  We used drainpipes to tryand support a tennis ball around a course and into a pot.  This was called gutterball and was tricky because we had to make sure there weren't any gaps.

We're just getting ready for our BBQ lunch; loads of burgers and hotdogs, before we head to the beach!!!

After our BBQ lunch we all got into the minibuses and set off for the beach.  I was in Mr Maher's bus with the music on.  We all sang along and danced.  When we got there, we could see the sea on both sides of our bus (and I think I saw a dolphin fin) - there were boats everywhere! One cargo ship even looked like the titanic!  We spent some time walking around the place and Mr Maher told us about the lifeboats.

Then we went to the beach and some people tried to skim stones (which was naughty).  Some of us took off their smelly shoes and socks and went paddling in the water - it was freezing! We then had our tea and set off for skiing.
Kyle 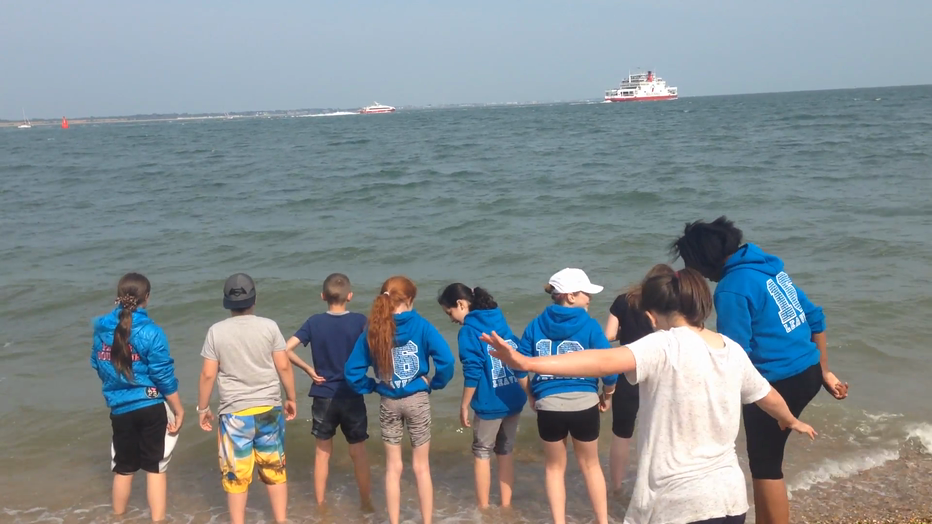 The best bit of our day was the skiing!  At the beginning it was really hard because noone knew what they were doing - lots of people kept on falling over.  But we persevered and tried our hardest.  Soon, we were skiing from the top of the big slope (which was nearly as tall as Everest) and had special challenges like skiing backwards, going under the limbo pole, jumping and reaching really high.  Some people also managed to throw and catch whilst they were skiing.  It was amazing!!!!

To top it all off, I finsihed the session swag-dabbing my way down the slope.  I was a bit worried but everyone cheered me on and helped me - co-operating.  Their help made me do it.  I was so proud of myself!! 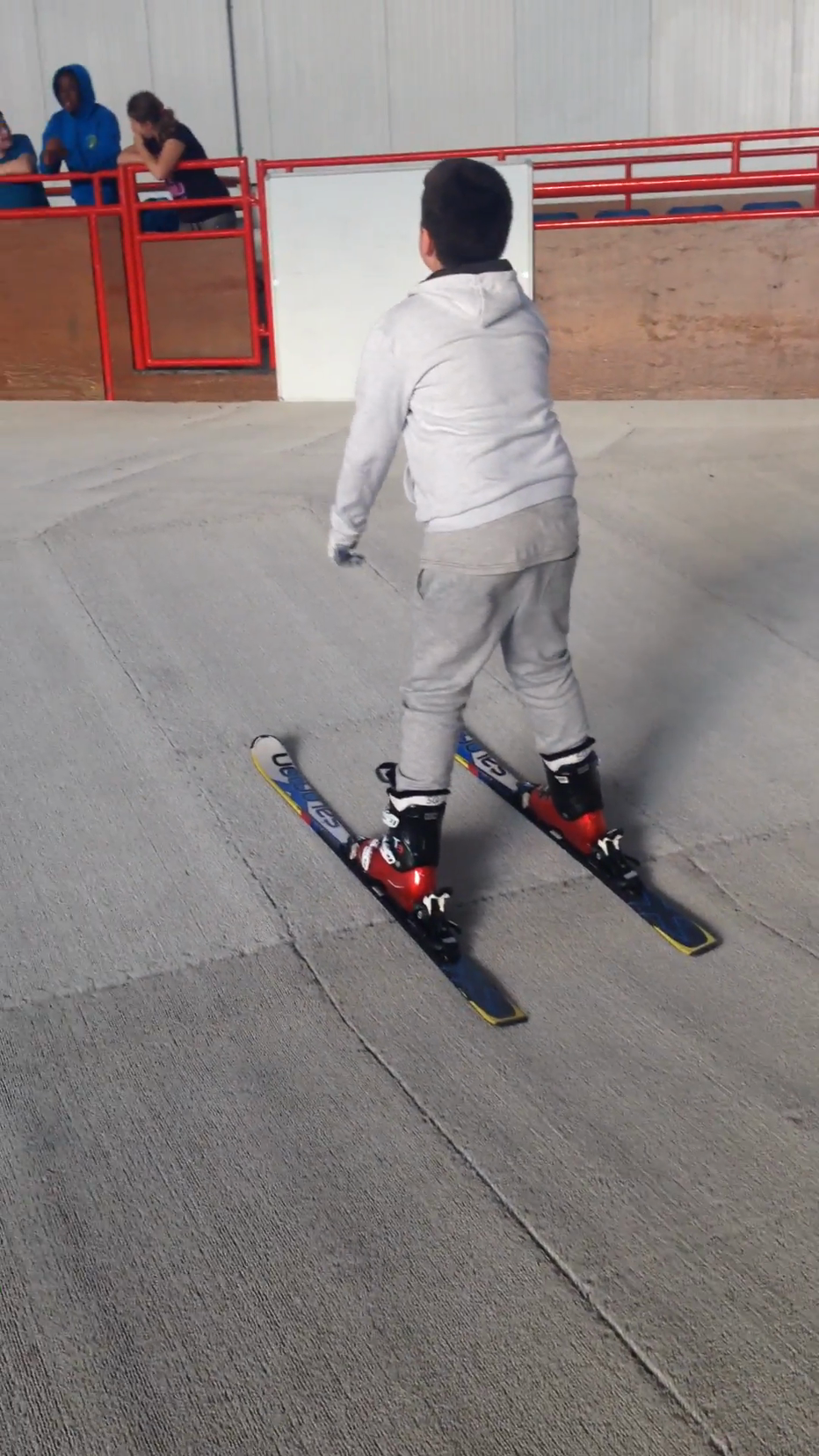 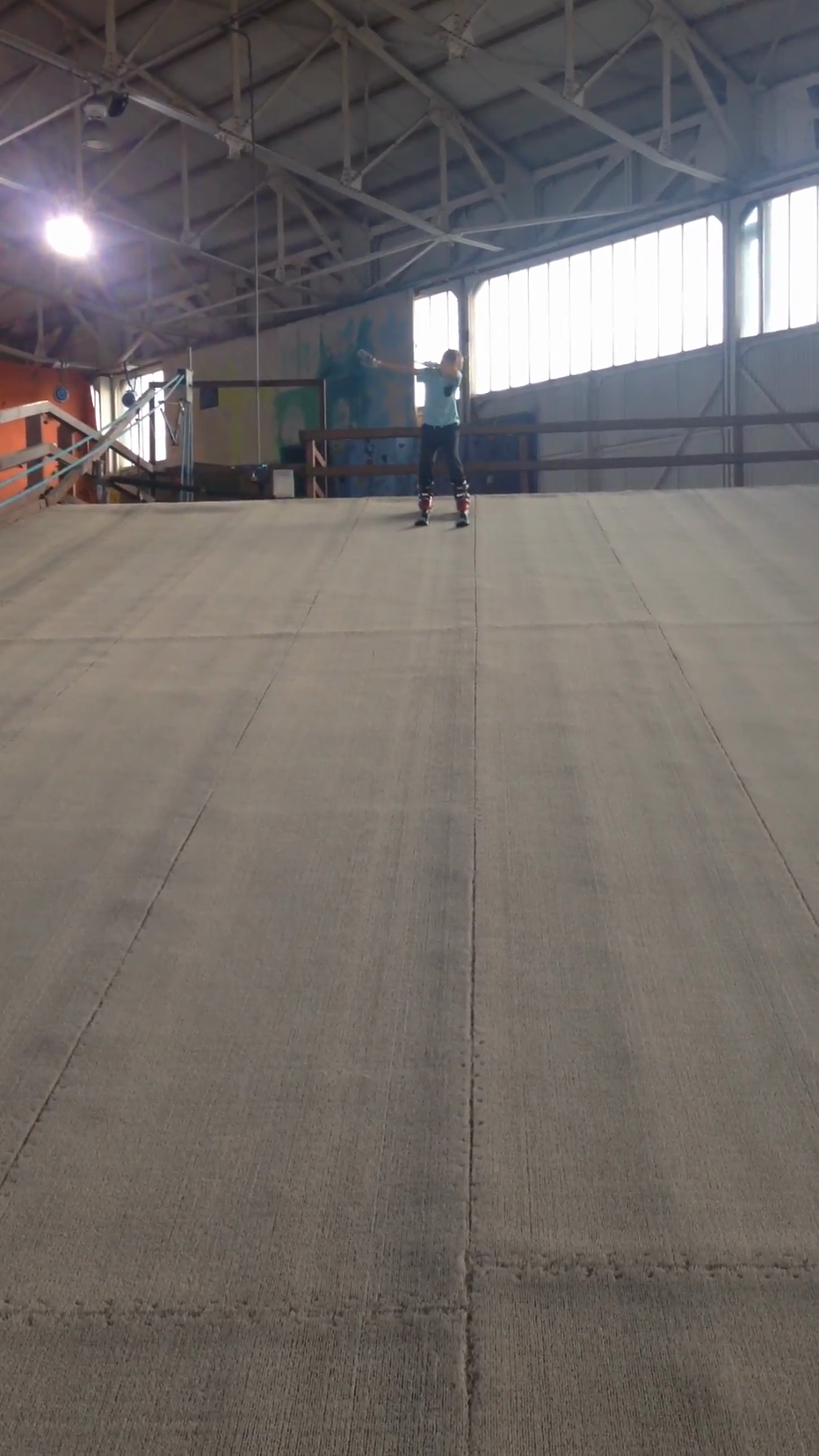 This morning we had an early start because we had to get ready for our activities and clear up our rooms.  After that, we split into our groups.  The first activity was rifle shooting which I really enjoyed (and Mr Swift said I was really good at!).  Gabe and I had a massive argument as he thought his gun was better than mine...but it wasn't!!!  After a short break we then went to the three stack where we had to walk up a beam, along a thin wire, climb some staples and then finally go along another beam before jumping off into the air.  It was fun.

We're now having lunch before setting back off for school :(